Well, I believe it is official. Farmland is now the “Cinderella” of the financial ball. The Wall Street Journal’s numerous articles details farmland’s positive future. Farmland is now attracting investors ranging from farmers to large investment funds. Farmland experienced another year of substantial appreciation, as well as providing a great cash return. In a time when other investment types continue to provide investors with heartburn, farmland has provided a refreshing alternative. 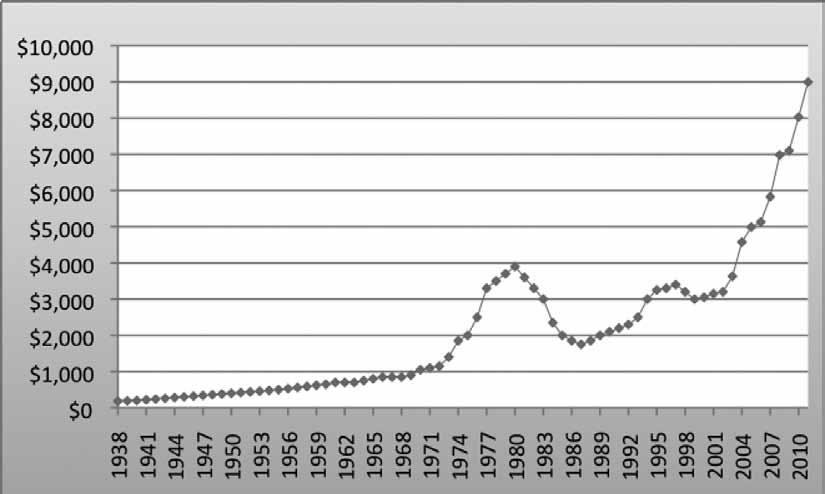 Inflation appears to be a major concern of many investors and rightfully so, with the magnitude of Quantitative Easing (QE), i.e., government stimulus. Gold has been receiving a lot of press due to the perceived inflationary hedge it provides, but Warren Buffet stated in a recent interview that he would rather have all the farmland in the United States and seven Exxon Mobiles than all the gold in the world (both options are of similar value). Farmland can provide the safety of gold and, at the same time, provide an income stream.