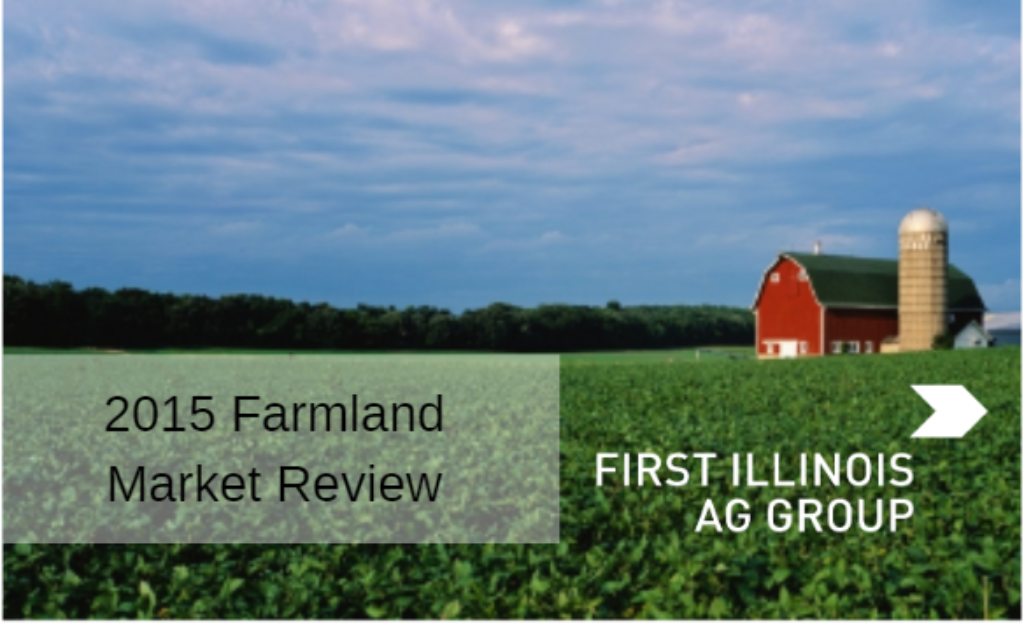 Looking back, 2015 was a year of uncertainty with the main concern being the commodity prices. Coming off the recording-breaking crop of 2014, commodity markets spent most of the grain marketing year in defensive mode. Unfortunately, this was followed by yet another “bumper crop” in 2015.

With crop input costs declining at a slower rate than commodity prices, net farm income of farm operators is being stressed. Net farm income for 2015 is projected to be down nearly 40% year over year for farm operators. This can be confirmed by the rapid decline in new farm equipment purchases reported by manufacturers during 2015 compared to previous sales years.

What will keep the value in the farmland? One factor remains the diversity in those acquiring farmland, this market includes more than just the farmer. With the long term outlook for agriculture being very positive, many see the pull back in land values as buying opportunities. Farmland is, and will remain, a very safe asset class. Sales of quality farmland documented in the last third of 2015, while lower than the prior year, have been very solid. The 42 sales of high quality central Illinois farmland documented in the last third of 2015 averaged $11,548 per acre compared to $12,203 per acre in the same time period of 2014. 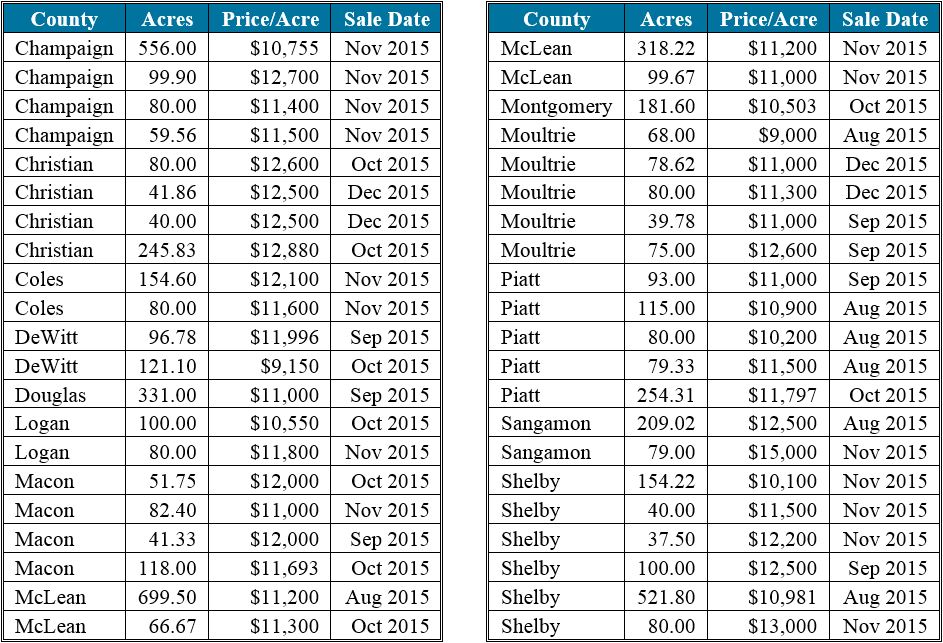 This 5% decrease in prime farmland values can be attributed to the softening commodity prices and a very busy land market during the final third of 2015. As the commodity price chart on the following page outlines, the 2015 grain marketing season recorded price levels not seen since the 2009-2010 crop marketing years.

Last year, I mentioned that rising interest rates could pose a significant negative impact to farmland values. Well the Fed finally raised rates, but it wasn’t until December 2015 and the rate increase was not significant. Based on everything that is happening around the world (China’s economy is slowing, Europe is on the verge of falling back into recession and U.S. companies are beginning to sputter), I do not see the Fed raising rates at a rapid pace. Therefore, the biggest driver of farmland values will continue to be commodity prices. While we are raising record crop yields, the usage rates are at an all-time high as well. Any production hiccup should result in a rebound in commodity prices. The best part of being in agriculture is that we are producing a “need” not a “want”. People need to eat and that fact will never change. The one fact that does change is the world population is ever growing and that should remain a very positive trend for the production agriculture landscape. 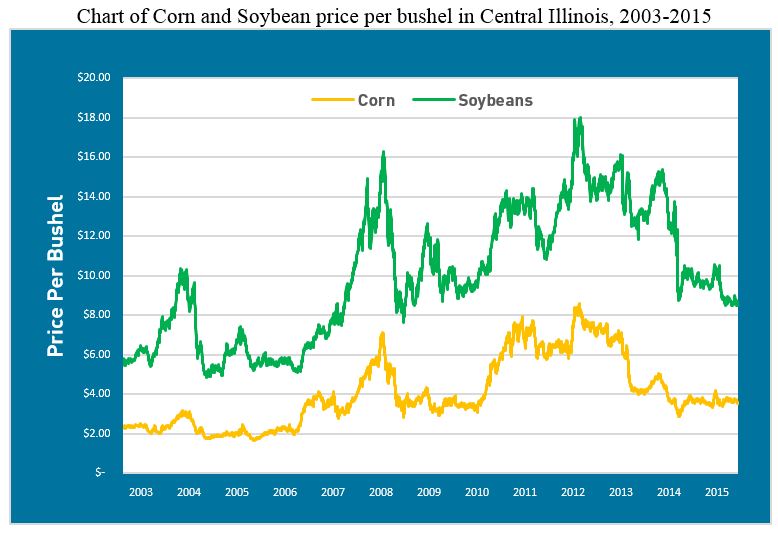 We are very active in rural real estate brokerage*. If you have an interest in buying, selling or exchanges of farmland, please feel free to contact Jim Schroeder, Dale Kellermann, Seth Baker, Logan Frye or myself.