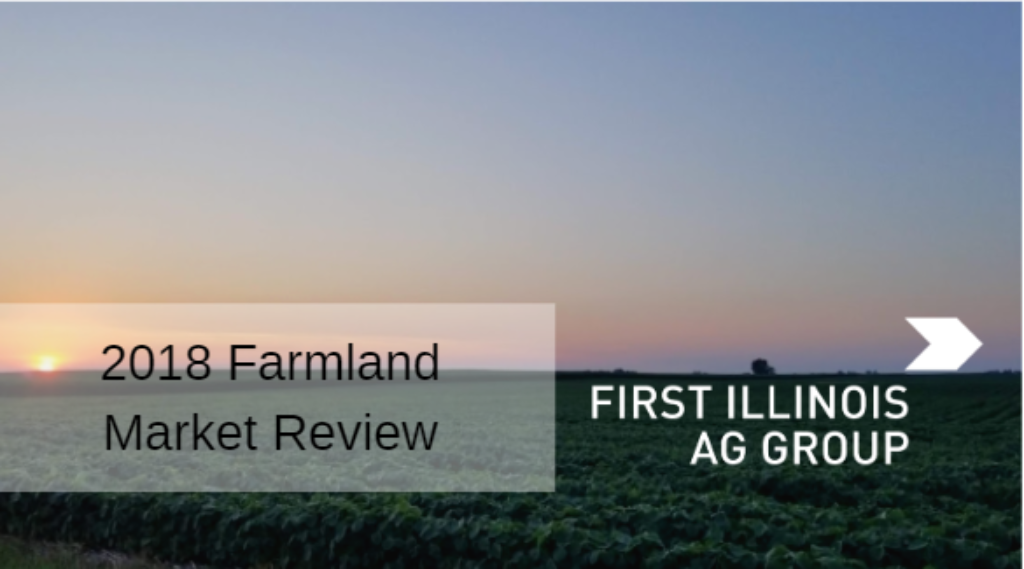 There were numerous headwinds pressuring farmland values in 2018 – large production, the trade war, increased input costs and rising interest rates. While no one is unhappy with the fifth consecutive year of record yields, over-production does place downward pressure on commodity prices. On top of this, the uncertainty of the tariffs that were placed on China (our #1 buyer of soybeans) only fueled that price pressure. When farmers prepared for 2019, they found that fertilizer prices would be significantly higher than the previous growing season. However, the 900 lb. gorilla in the room remains interest rates.

The Federal Reserve feels the overall economy is strengthening and seems to have taken a preemptive approach when they raised the interest rate four times in 2018 to a final rate of 2.5%. Higher interest rates in-crease the borrowing cost for farmers and farmland investors who have enjoyed extremely low borrowing rates for several years.

What is the impact of all these factors? Farmland prices in Central Illinois appear to be more volatile than the previous year, especially when sold at public auction. We saw auction prices vary greatly in the fall of 2018. Prices of nearly $14,000 per acre were over-shadowed by reports of sales as low as $8,300 acre. Private treaty (brokered sales) transactions have been far less volatile with more consistent price levels.

There are bright spots on the horizon. Even though we raised one of the largest corn crops ever, usage will surpass the amount produced. This should help stabilize the corn price. While the Federal Reserve increased rates four times in 2018, there have been reports that they will take a much more measured approach in 2019. There appears to have been more farmland on the market in 2018 than the prior year, but there are some very large players in the market who are making large acquisitions and are absorbing this increased acreage. The great yields achieved in 2018 stabilized cash rent levels going into 2019, which will result in solid in-come streams.

Farmland has endured its share of volatility in 2018, but it paled in comparison to the stock market. Farmland remains one of the safest investment avenues available. It is tangible, and it is like having “gold” with an income stream.

Following are 46 land transactions of Class I Farmland in Illinois. When these sales are averaged and compared to the prior year, it appears that farmland has declined approximately 5%. The 2018 simple average of $10,538 per acre compares to the 2017 simple average of $11,075 per acre. The price differential from low to high was about the same as the prior year ($5,500 per acre), but there were more sales on each end of the spectrum this year. Last year there were only 3 sales documented below $10,000 per acre and this year there were 11 sales below $10,000 per acre.