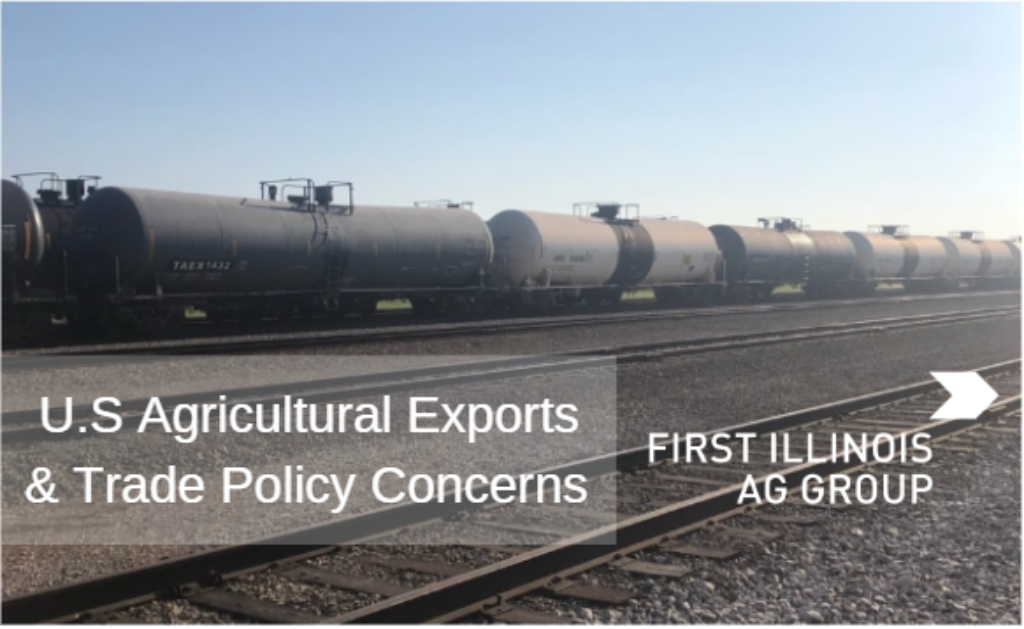 U.S. agricultural exports in 2017 totaled $138.4 billion. Approximately 15% of U.S. corn production and 50% of U.S. soybean production is exported. Recent trade news with tariffs and trade sanctions has increased uncertainty of the demand for U.S. Ag production and has contributed to the recent decline in U.S. grain prices.

Canada – 15% of U.S. Ag exports in 2017 were purchased by Canada for a total of $20.5 billion. No single product dominates U.S. Ag exports to Canada. Most of Canada’s purchases are prepared food, fresh vegetables, fruit and snack foods.

Free trade allows each country to produce what they have a comparative advantage to produce, which allows everyone to be more prosperous. Past trade practices have not been totally free. Hopefully our differences can be resolved and we will all benefit.